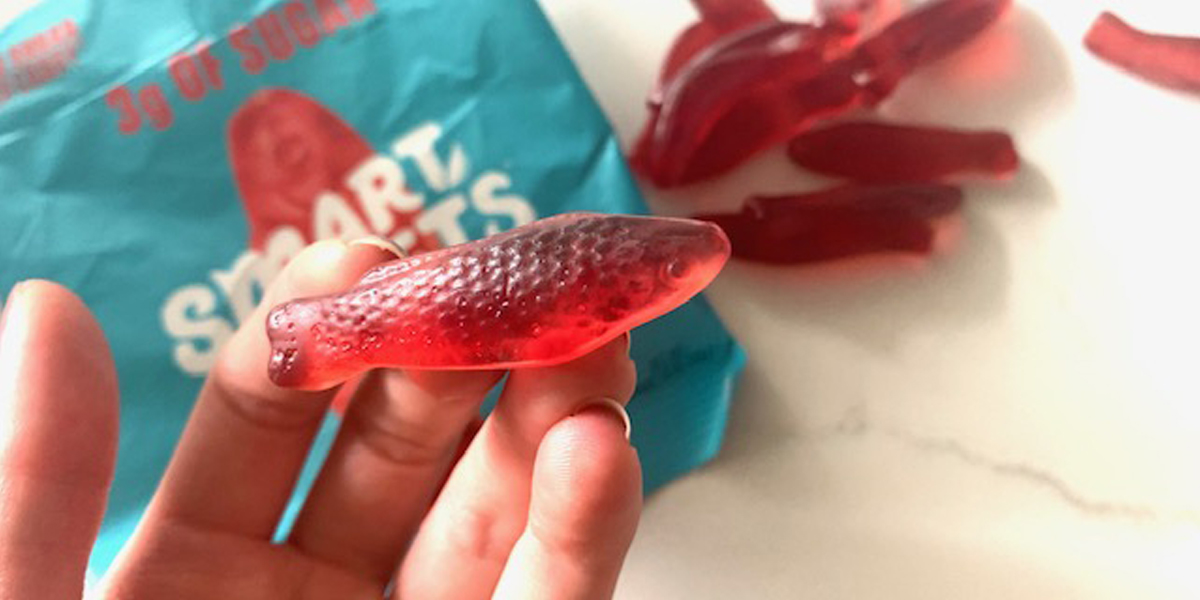 Smart Sweets are a lower-sugar alternative to traditional gummy treats. They come in many flavors including gummy bears, sweet fish, and rings. However, do they fit a keto lifestyle, and how do they taste? We’ll dive into both questions in this post.

This might be because both the Sour Blast Buddies and the Sweet Fish flavor container non-GMO soluble corn fiber as the first ingredient and allulose as the second, products not found in other flavors.

Sadly, Smart Sweets are not strict keto.  This is because flavors like peach rings contain ingredients like rice flour and tapioca byproducts, and other isomalto-oligosacchharides.  When we first started the keto diet, one of our team members had a particular fondness for sweets. Most of the bags have anywhere from 33-45 carbs, with the large majority of those carbs beings counted as  dietary fiber. However this coincided with the development of Keyto –  our proprietary breath sensor. Each team member was taking up to 5-10 blood and breath tests a day. I noticed after consuming a bag, I’d be instantly kicked out of ketosis.

So we did some more investigating – looking mostly at the negative reviews on Amazon.

So we decided to test ourselves! I decided to consume an entire bag of gummy bears (because Science and sacrifice) to test the effect.

Summary: I ate one whole bag of Smart Sweets gummy bears and this is what happened:

Disclaimer: These results were for one individual. Your results may vary depending on your level of fat adaptation and other factors.

Unfortunately, it appears that eating too many Smart Sweets will kick you out of ketosis, and fast. Thus, if you are concerned about your ketone levels, we recommend not having this brand of treats.

For those that are looking for gummies that might be slightly better than traditional gummies, we’ve reviewed our favorite flavors below.

The best Smart Sweets flavor based of taste These were by far the Mrs. favorite Smart Sweets of the bunch. Due to the size there’s much less pieces, but they’re chewier and have a “stick to your teeth” feeling that is similar to real Swedish Fish. What’s different is there’s definitely less of a springyness, which is common across all the Smart Sweets and most gummy replacements on the market. The flavor is also more akin to cherry than Swedish Fish but still very good and satisfying. I also like how it has more pieces than peach rings, below! These are a very, very close second for me. They are beautiful aesthetically and feel big and filling in the way the small bears do not.  While they don’t have the same “juiciness” that comes through in a classic peach ring, they’re still oddly satisfying and have a pleasing candy taste 🙂 The sour gummy bears are also one of the first flavors released by Smart Sweets. We like these a little better than the non-sour flavor because they actually kind of taste like candy – vs. a more watered down fruit snack. The sour coating is also more pleasant than the coating on the sour blast buddies which is more chalky and thin. Overall these are a solid choice for quantity + taste. These are the classic gummies I believe Smart Sweets started out with. While there’s many pieces which makes knocking out an entire bag both deeply satisfying and gratifying, the flavors fall short for us overall. They’re sweet but not sickeningly sweet. Texture wise, they have a good springiness that gives them a better chew than the other specialty flavors like the peach rings. A solid classic if you prefer quantity and volume. While I expected to love these candies, these were the least satisfying of the bunch. They’re just sour, without an interesting sugary flavor profile underneath and no interesting chew. Pass!

Where to buy Smart Sweets

Smart Sweets are widely available both in stores and online. They’re sold (and sometimes go on sale!) at health stores like Whole Foods, but they can also be purchased on the Smart Sweets site, Amazon and retailers like Thrive Market.

If you’re following the keto diet and want to find a suitable keto-friendly dessert or treat, we’re big fans of real dark chocolate with a high cocoa content.  Even though there are small amounts of sugar, these are arguably “healthier” and result in a  lower insulin response than many alternative sugars like those used in Smart Sweets. Try to find dark chocolates with at least 75-85% cocoa content and no more than 4G net carbs per serving. 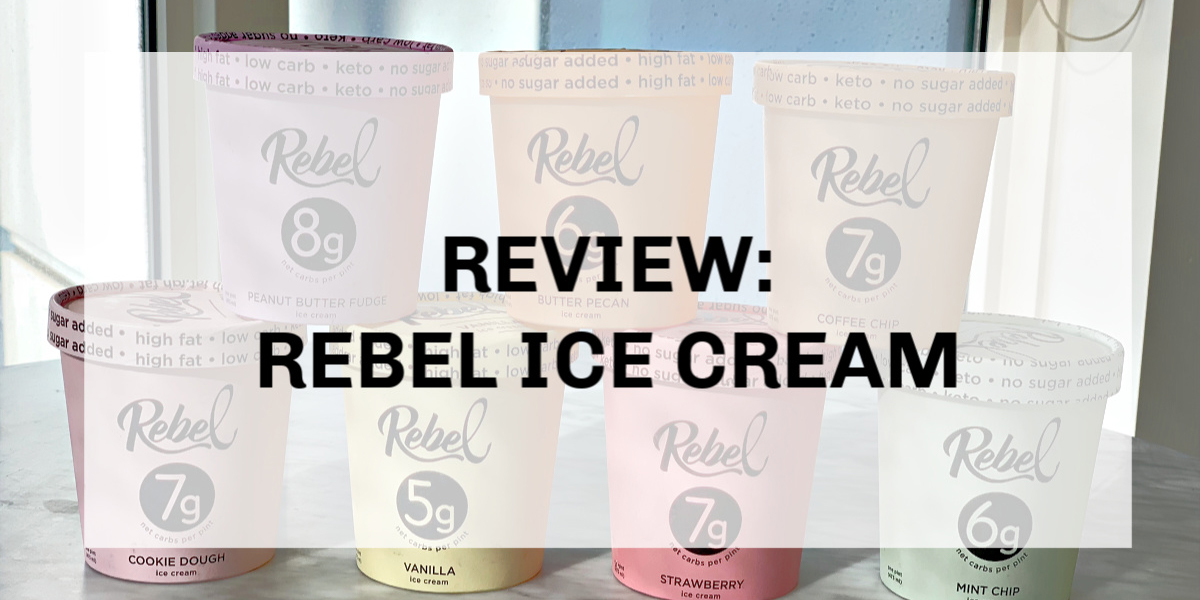 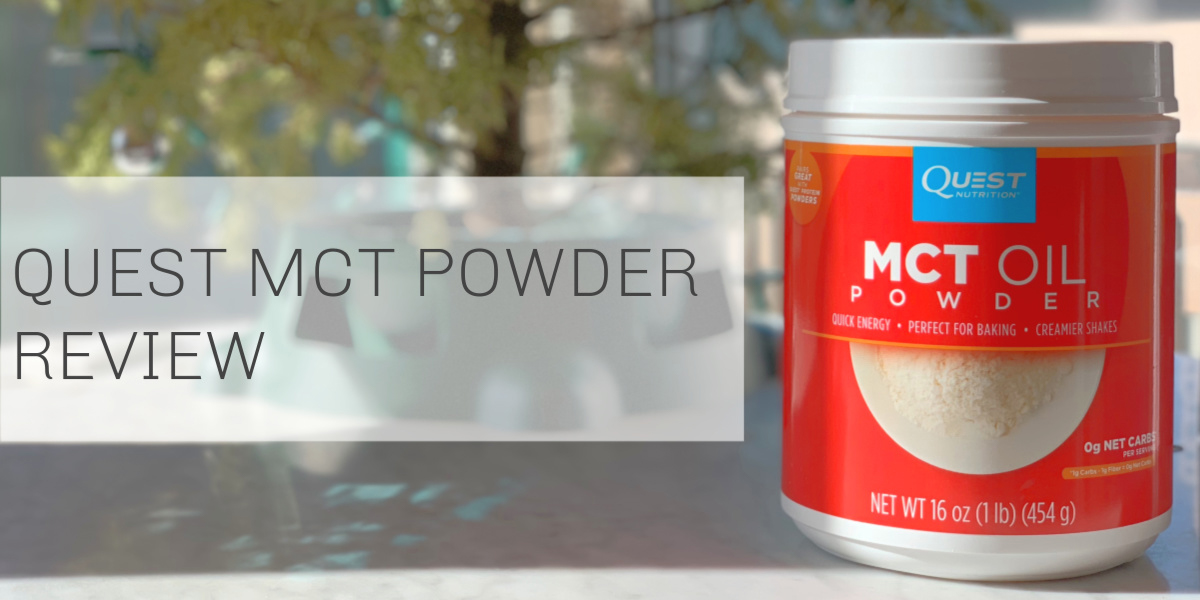