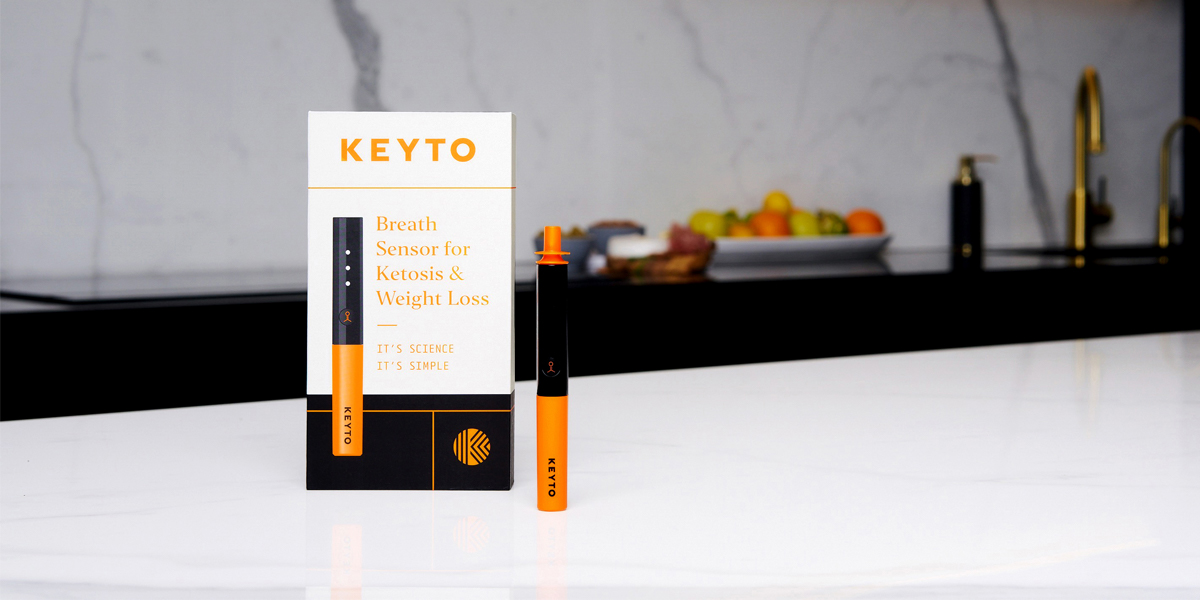 We optimized Keyto to detect breath acetone, with the primary goal to help individuals use nutritional ketosis for weight loss. Each Keyto device is calibrated against certified standard acetone gas prepared by gravimetric, or partial pressure techniques. All sensors that pass our rigorous testing process perform extremely well within the range typically seen in nutritional ketosis. This was extensively validated in our R&D process where countless human tests were performed with calibrated devices.

Most importantly, our device and program were designed to help individuals get into nutritional ketosis as a means to lose weight. Its small size, ease of use, and affordability make it the most attractive option available.

Accuracy is typically defined against a gold-standard. Published literature supports that while physiological differences exist, there is good correlation between measures of blood β-hydroxybutyrate, urine acetoacetate and breath acetone when using gold-standard methods.  So how does Keyto perform?

Keyto versus other breath sensors

In developing Keyto, we tested ~30 different alcohol breathalyzers. While some of them were able to detect acetone, none was consistent between devices and none was durable. The sensors broke down, were inconsistent, or did not tolerate high levels of acetone.

We next tested all of the commercially available breath acetone sensors. All of them suffered from issues relating to:

Our testing proved that Keyto has the most accurate acetone sensor when using standard acetone gas and in human testing. In addition to sensitivity to acetone and ease of use, we developed the Keyto Level system which has proven to be more effective than traditional metrics in the goal of helping people optimize nutritional ketosis and lose weight.

The obvious advantages of breath versus urine include cleanliness, convenience, and cost. When testing accuracy, we found that urine strips performed poorly, especially in keto-adapted individuals.

In head-to-head comparisons vs urine strips, Keyto was more accurate across dozens of users (using our preferred blood β-hydroxybutyrate meter as a comparison base).

We tested two commercially available blood β-hydroxybutyrate meters. It is important to note that blood has developed a reputation of being “gold-standard.” However, this conventional designation has only been determined against urine acetoacetate testing and breath acetone devices with the shortcomings we’ve previously identified.

Through extensive testing, we found that one of the most popular meters was extremely inconsistent both between and within users when compared to the other blood meter and to Keyto. These findings are also known and replicated within practitioner social circles, and across social channels on the internet.

In extensive user testing, Keyto is directionally consistent with the more accurate commercially available blood meter. Keyto and blood β-hydroxybutyrate trend directionally the same in the majority of cases. Both go up and down in similar magnitude at different ranges of ketosis. There are some differences which are likely due to biology – the kinetics of clearance of acetone and β-hydroxybutyrate are not identical.

Some of the differences are also likely due to how we designed the Keyto program. Our primary goal was to develop a system that would give users the information they need to know i.e. if they are in ketosis, which would ultimately help promote healthy behavior change. Therefore, we chose not to report acetone concentrations in PPM or to attempt to convert PPM to blood β-hydroxybutyrate (mmol/L). The Keyto Level system was simply more effective, motivating, and fun without adding complexity and false precision.

The Keyto was designed to give users accurate information about their level of ketosis for weight loss. After thousands of tests, we are confident that individuals who use Keyto will have a great experience and high likelihood to reach their health and weight loss goals.